The Best of the Stuff 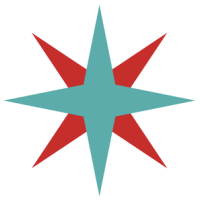 All of the Stuff 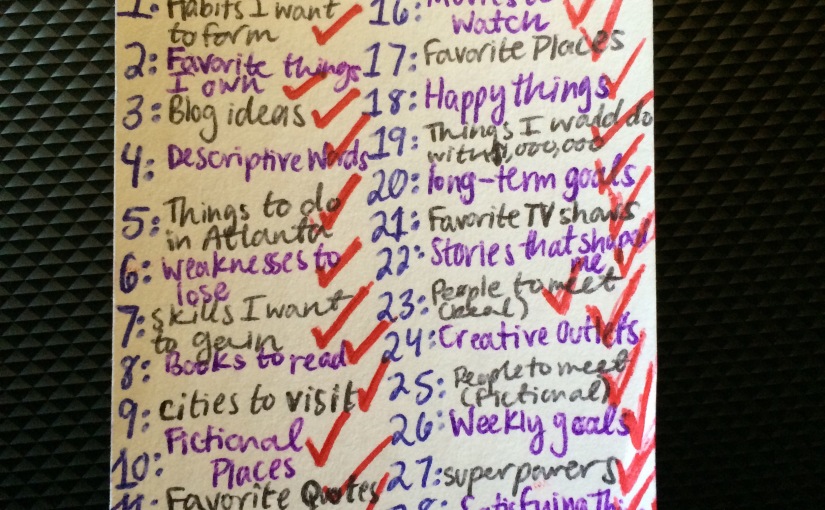 For the month of November, I decided to embark an a wondrous experiment. I created a list everyday for thirty days. I unexpectedly learned quite a few things from this experiment/journey/quest:

1. Small habit changes are the most effective.
Making a small change in your daily routine is pretty easy. I have attempted to instill many habits into my daily life, however, these attempts fail, simply because the change I tried to make in my life was too large or too different from my normal day. Adding the task of making a list on a notecard to my daily itinerary was pretty easy because I could write my list for the day while I was watching Netflix in the evening. During the time that I made the lists, I was previously doodling or planning. I wasn’t drastically changing something I already did. I was just adding another element to the relaxation portion of my day.

2. Personal projects make you more productive.
I’m the type of person that does semi-productive things even during the times of day in which I am not supposed to be productive (after dinner). For me, being productive with my school work just gives me more time to produce other things. I have a huge mental list of personal projects I want to complete, but for most of them, I do not have defined goals. I knew I wanted to make lists, so that I could sort out some random thoughts. So I decided to do 30 days of lists. Having projects I’m working on that are unrelated to school gives me more of an incentive to get my necessary work done more productively in an effort to make time to do the work I want to do. I have also learned that I need to set defined, or SMART, goals for all of the personal goals I am working towards.

3.Mindless tasks=Mindful consumption
Mindless productive tasks allow me to focus more on the entertainment/knowledge/Netflix I am absorbing. TV shows and videos often do not take up all of my attention, so my mind begins to wander to occupy my remaining attention. Doing something that requires very little attention, in this case making lists, takes up the attention that watching and absorbing (usually useless) information does not take up. This prevents daydreaming or boredom or distraction. I also like doing tasks that are somewhat productive during these times so that my day feels more productive overall. For example, I usually do most of my planning while watching Netflix or a YouTube video. For some reason, podcasts take up more of my attention than video. I have no idea why, but I can’t focus on podcasts while doing productive mindless tasks. Tasks such as cleaning and chores, however, usually require very little attention as you can rely on your habits to complete them. So you probably have enough attention left over to even watch a TED talk or something else that’s useful.

Overall, I am very happy that I completed 30 Days of Lists. I know it’s not that great of a feat, but it seems like it has been a while since I’ve finished something that I started because I wanted to, not because I was obligated to.

What should my next project/experiment be? 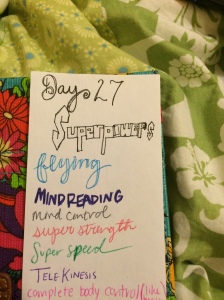 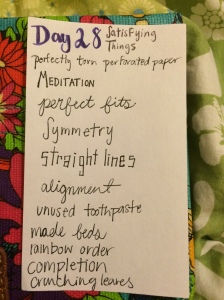 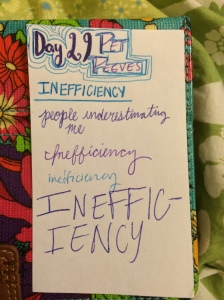 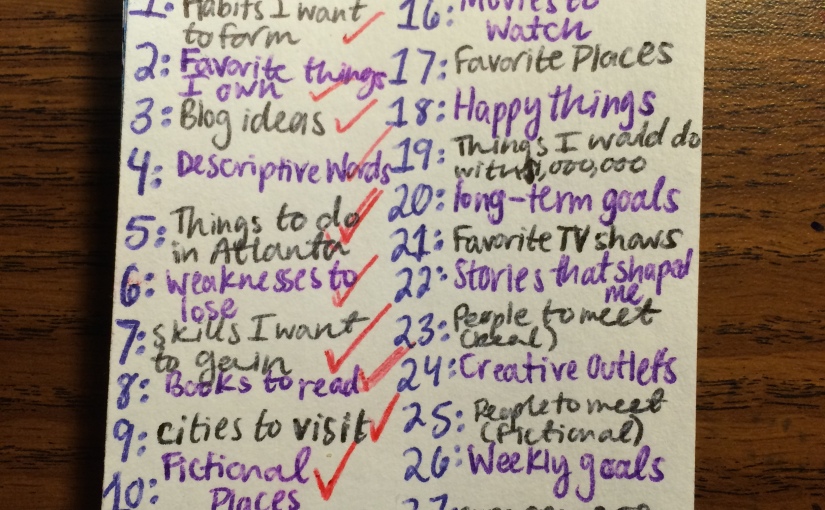 For the month of November, I have been writing/doodling a different list every day. My reasons for doing this include:
1. I love making lists
2. I need to use up my giant supply of index cards that I use for nothing else
3. I like doodling.
These are the first 10 days of my endeavor: 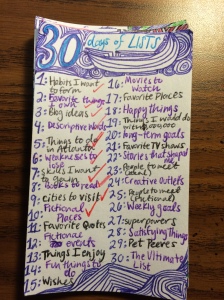 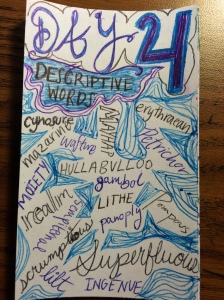 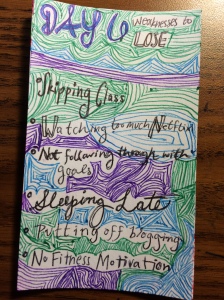 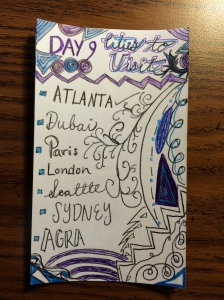